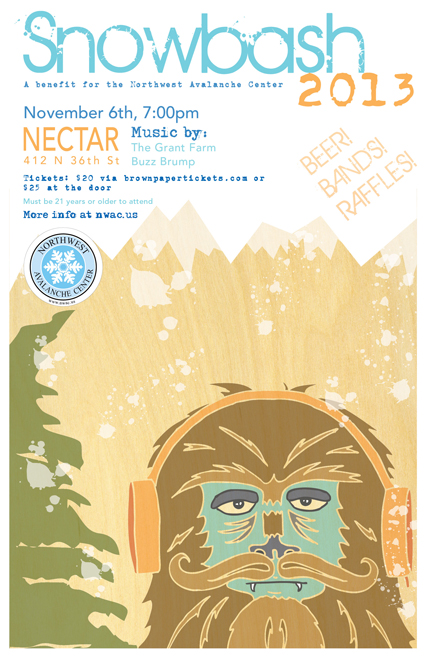 It’s that time of year again to raise some money for the good people of the Northwest Avalanche Center ahead of Winter. Last year’s festivities were a blast and the Nectar Lounge was packed to the brim. Make sure to get your tickets early and enter the raffle for your chance to win some amazing gear.

“Grant Farm is a band on a mission. Lead by National Flatpicking Champion Tyler Grant (Emmitt/Nershi Band), the talented four-piece is built on the foundation of love, family and the joy of music. The Grant Farm train stops at all the stations on North American roots music line, and is not afraid to let the whistle scream with some blistering jams. After a several solid seasons of touring Coast-to-Coast behind their eponymous debut CD, Grant Farm (Grant Central Records, 2012) audiences everywhere are a-buzz with the Roots, Rock and Cris-Co statement that Grant Farm brings to every performance.

We hope to see you there!