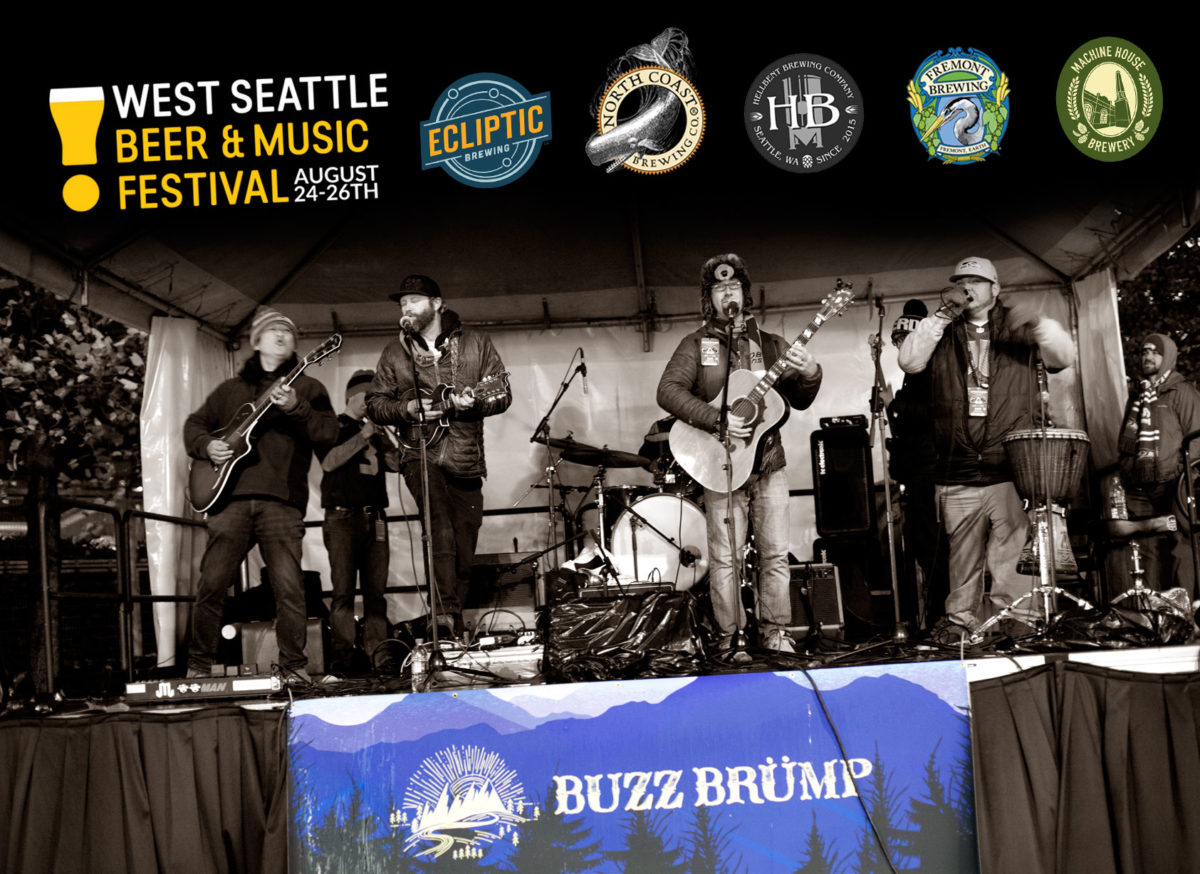 We will be closing out Friday night of the West Seattle Beer and Music Festival at the Alki Masonic Center. The weekend long event’s music lineup also features Rippin’ Chicken, DJ Indica Jones and the Unsinkable Heavies. In their words:

The 2018 West Seattle Beer & Music Festival is brought to you by Westside Productions, a company formed by Seattle natives. We have formed this great event for the beer heads of Seattle and the community.

The Westside Productions mission is to present a world-class celebration of the arts and entertainment that enriches the cultural, economic and social vitality of the region. Furthermore, the festival will represent core values of excellence, diversity, and relevance.

On August 24-26th, the first annual West Seattle Beer & Music Festival is going to take place at the Alki Masonic Center, in the West Seattle neighborhood. Our goal is to provide craft beer drinkers with an amazing selection of unique beers so they can discover new and old favorites. There will be dozens of options from some of the best breweries, including those right in our neighborhood and from across the country. Not only will there be craft beer, the festival will feature “Sips and Bites” from our local culinary stars pairing up with festival brewmasters and funky local bands & Dj’s keeping us movin.

Support a good cause!