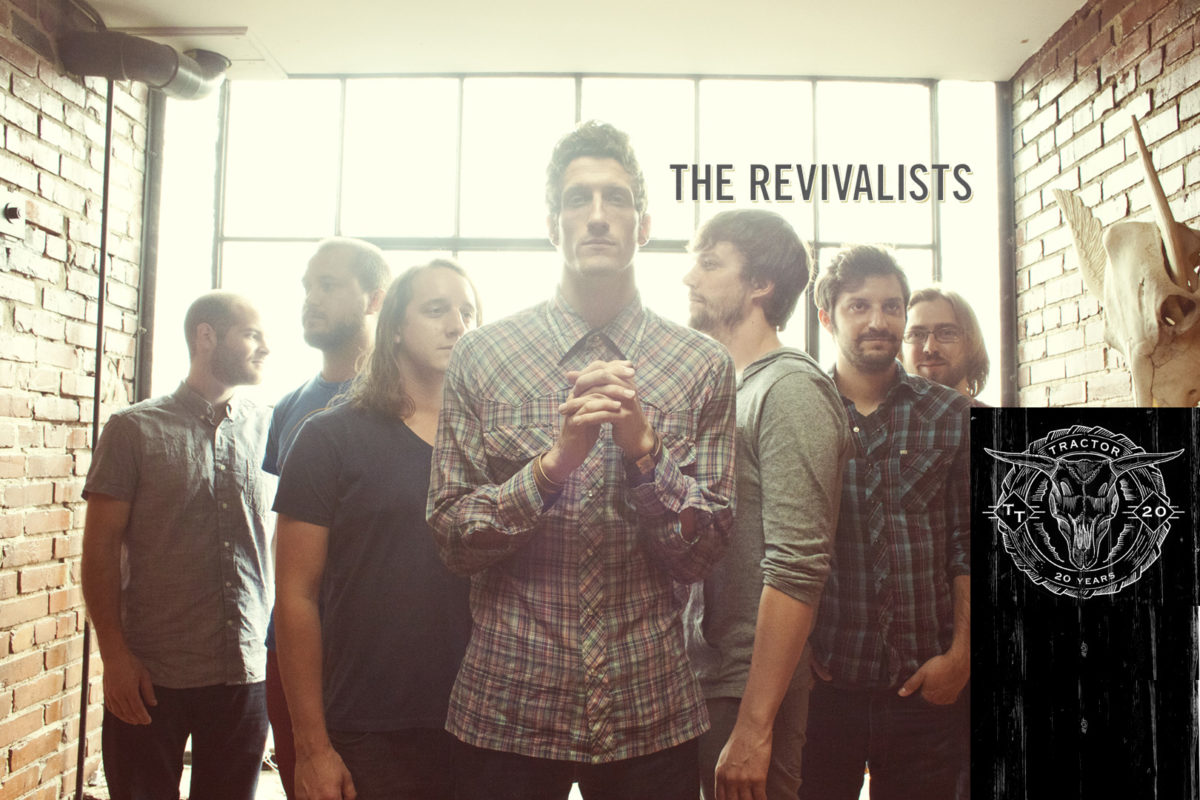 We are super stoked to return to the Tractor Tavern in Ballard in support of New Orleans’ 7-piece rock band The Revivalists. Their new album “Men Amongst Mountains” dropped on July 17th to rave reviews, and their post-release summer tour has been turning heads, to say the least – they sold out the Bowery Ballroom and Music Hall of Williamsburg on consecutive mid-week nights in NYC, impressed at Outside Lands and recently performed at Red Rocks with Michael Franti & Spearhead and JJ Grey & Mofro.

A group of roots rock iconoclasts who call New Orleans home, the Revivalists formed in 2007 and wound up gaining traction in the early years of the next decade, with their second album, City of Sound, appearing on the Billboard charts upon its re-release from Wind Up Records in the spring of 2014.

“It was merely gray and humid when a young New Orleans group, the Revivalists, kicked off the day with a Crescent City-rhythm spin on jam-band jubilee and, at the end of the set, a barely-R-rated burlesque troupe.

Singer-guitarist David Shaw had a dash of Dave Matthews in his crusted tenor, but there was a heavy-rock spring in the Revivalists’ strut, and pedal-steel guitarist Ed Williams added distinctive wah-wah-treated scream to “Appreciate Me” and “Soul’s Too Loud…”

It’s actually surprising that when The Revivalists take the stage, the entire planet doesn’t hear them playing–yes, their sound is that big. It’s not just because this band – who have performed everywhere across the country – has seven members and perform with a wide breadth on instruments. It is because there is so much passion spewing out of these guys that it’s completely impossible to ignore them.