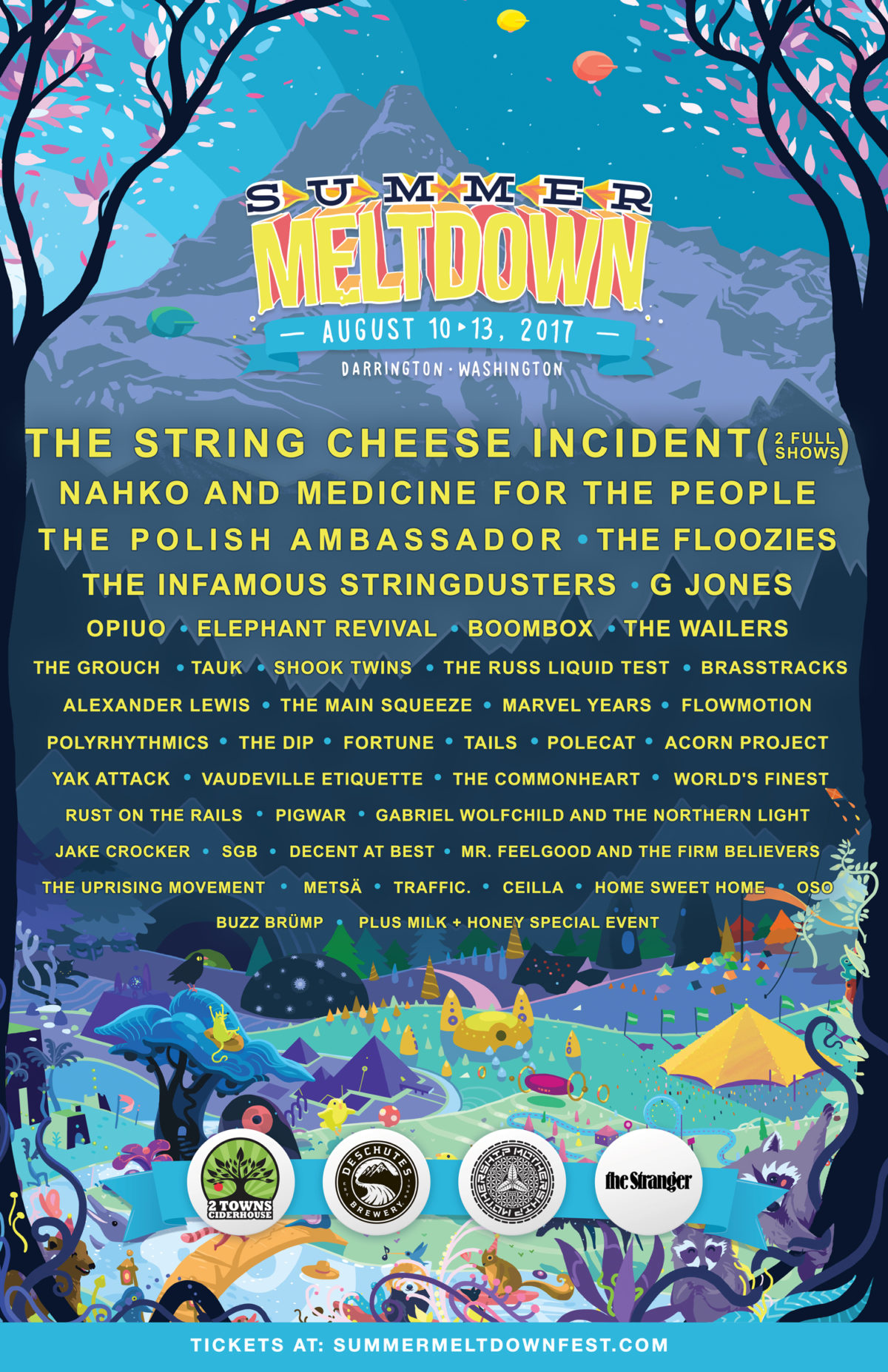 We are super stoked to be a part of the 16th annual Summer Meltdown Festival line-up this year for an encore performance, and are thrilled to share the bill with such talented acts as:

Summer Meltdown began as a seasonal party that my band Flowmotion started. The first event was called The Flowmotion Spring Explosion, and then we had the Summer Meltdown at the same place… After that we produced an indoor party called the Fall From Grace. We never made it past that to the winter party… They were too close together and too much work! But Summer Meltdown stuck.

In 2000 we built the stage for Summer Meltdown in a friend’s back yard on San Juan Island, bought a sound system on a credit card from Guitar Center that we could return within 30 days if we didn’t make enough money from the party to purchase it (thank you Guitar Center!). Friends helped with all different operations – security, vending, kegs, etc. The first Summer Meltdown ticket was $10 and included a keg cup.

The first year, there were no more than 200 friends in a 2 acre field. The attendance doubled in 2001. In 2002, our third year, we moved the event off the island because the ferries were expensive and a nightmare to deal with in the summer.

For the 2nd location, we built a new stage, cleared out space for camping, and blazed some trails. We completely developed this place into a cool little festival/party site and approximately 700 people showed up. The property owner wouldn’t let us return after that year, but rumor has it he’s still hosting events on the stage we built there!

Another two sites and our main stage was built off a single-wide mobile home floor (still on it’s wheels) that was pulled out of the bushes on the property. If only I could find the pictures. It is so funny to think back to that time – we were on a mission and unstoppable. This was 2003 and we were here for 2 years before we totally maxed the property out at about 1200+ people.

We took 2005 off (our only year off in the last 16!) and in 2006 I was able to convince the Darrington Bluegrass folks to rent us their 40 acre site. We invested a little money, rented a stage, brought in vendors, and had proper permits and insurance.

We are now heading into our 11th year in Darrington, and couldn’t be happier on our 16th anniversary!

VIEW PICS FROM OUR 2011 PERFORMANCE