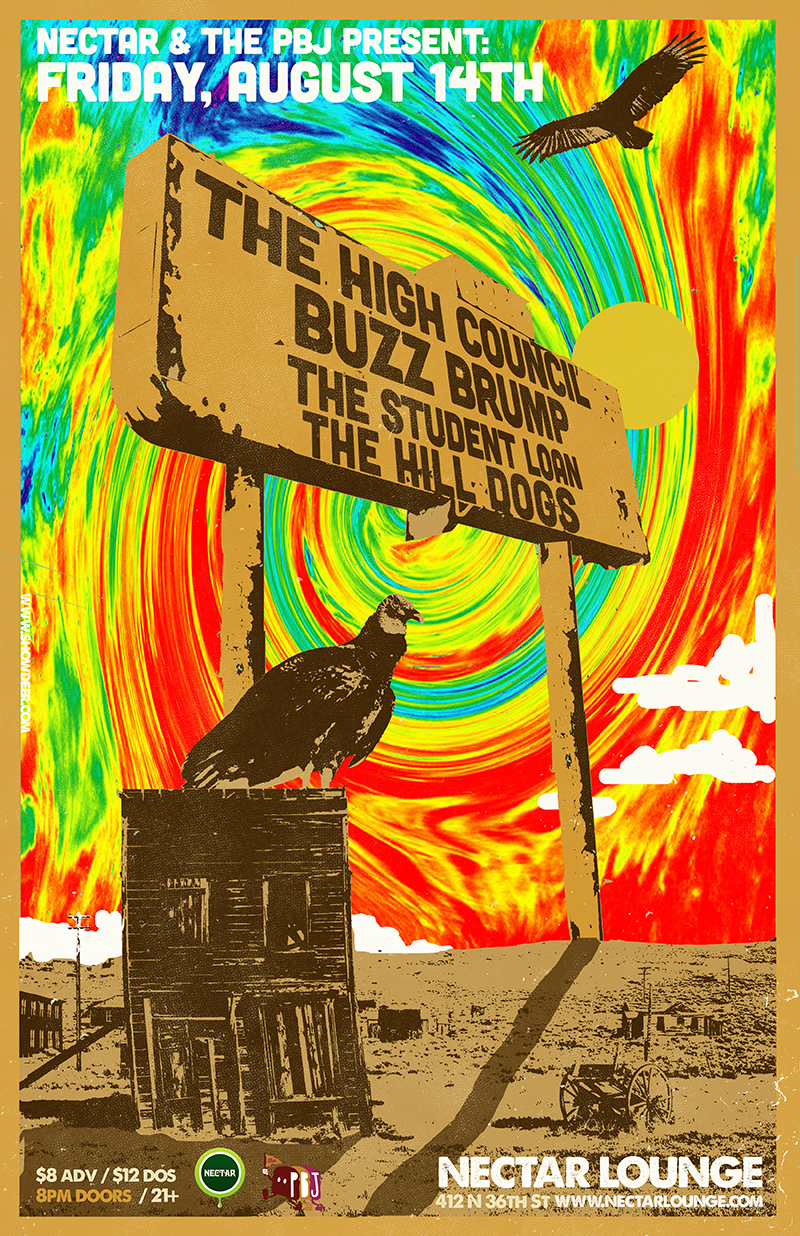 We return to the Nectar Lounge in Fremont/Seattle, WA with Seattle’s The High Council, Portland, Oregon’s The Student Loan and Newberg, Oregon’s The Hilldogs for some Friday night goodness.

Hailing from the beating heart of the Evergreen State, Seattle, The High Council explores the boundaries of melody and groove. With a blend of transcendent improvisation and earthy rock sensibilities, THC draws on elements of jazz, reggae, rock and psychedelia. Fronted by guitar gurus Zeke Wakefield and Adrian Moore, sweet tones from the mind-digit meditation master of Ryan Standley on keys, the heady grooves of bass player Rob Cochran and rides of rolling thunder from drummer Conor Sisk and percussionist Jeff Pang. The best wizard of sound boards compliments the band, Jonathan Poitras.

The Student Loan is a progressive-acoustic newgrass project based out of Portland, Oregon. This innovative quartet’s diverse style transcends genre, fusing elements of jazz, blues, rock and jam with traditional bluegrass instrumentation. The band’s distinct sound appeals to everyone from the most discerning traditional bluegrass listeners to the most enthusiastic jam band fans. They are known for their fun and funky originals, their quirky covers, and their knack for getting a crowd moving on the dance floor.

The band has been featured in prominent Pacific Northwest events like Northwest String Summit and Wintergrass, and international institutions like the Java Jazz Festival in Jakarta, Indonesia and the Cosquin Folk Festival in Cosquin, Argentina. They have played in 17 different countries, including Yemen, Algeria, Burma, Thailand, Bolivia, the Dominican Republic, and Paraguay.