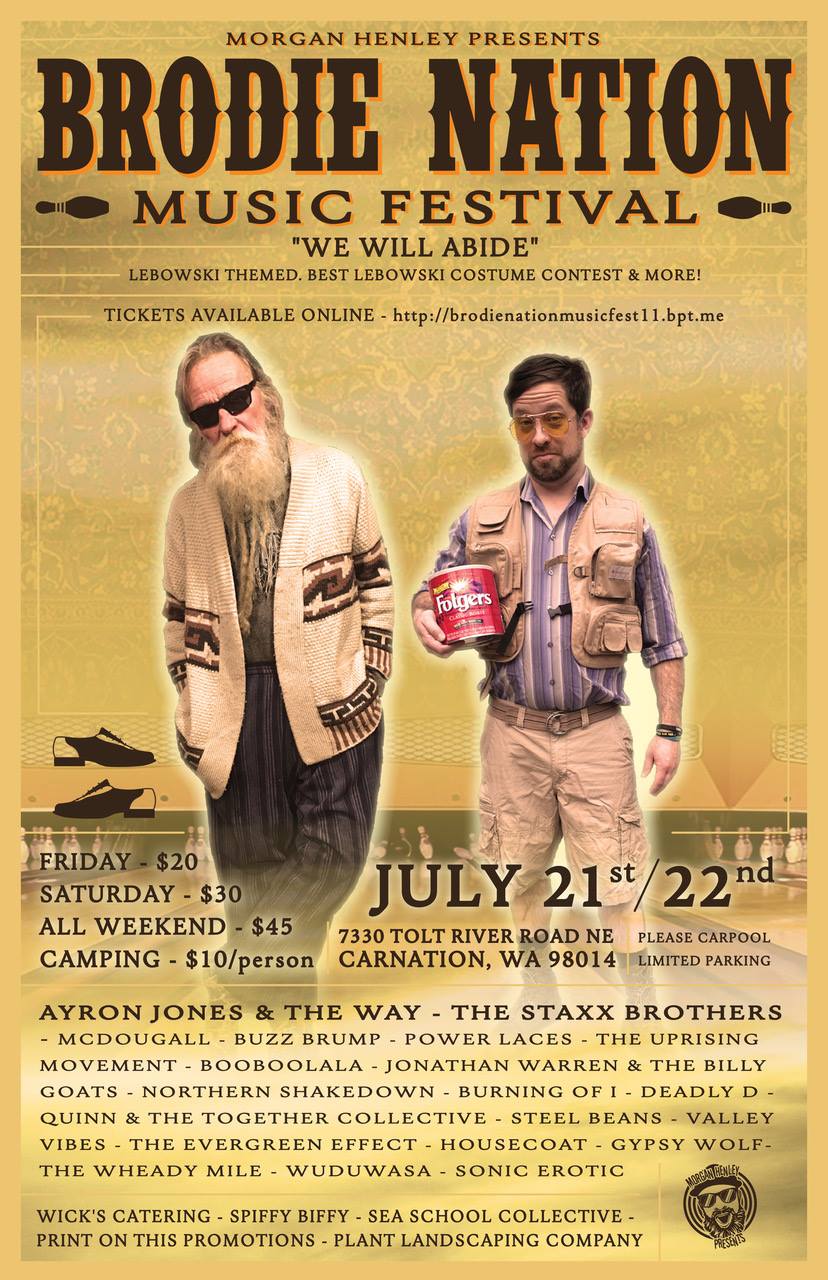 BrodieNation Music Festival is back for the 11th year & it’s happening on Friday July 21st – Saturday July 22nd, 2017. Two stages, over 20 musical acts, Beach Volleyball court, camping, beer garden, food & craft vendors. All on one of the most beautiful venus in the PNW located on the Tolt River in Carnation, WA.

1st round of bands!